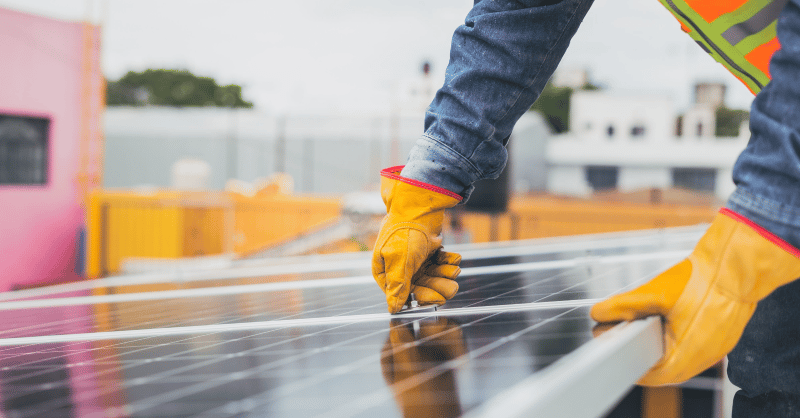 UGE, a leader in community and commercial solar, commends the recent expansion of NY-Sun, New York’s pioneering solar program. Announced by Governor Kathy Hochul on April 14, the initiative provides the framework needed for the state to achieve at least ten gigawatts of distributed solar by 2030, enough to power roughly 700,000 homes.

UGE has significant experience in the New York state market, with projects currently in development, construction, and operation that benefit small businesses, large corporations, and residential energy users from all walks of life. Already home of the largest community solar program in the country, New York’s NY-Sun expansion will further boost the sector, helping to improve access to clean energy for all New Yorkers.

Through the expansion of the NY-Sun program, $1.5 billion in ratepayer-funded incentives will be invested in distributed solar. This public investment is projected to catalyze an additional $4.4 billion in private investment. For community solar developers like UGE, this combined $5.9 billion in investment in the sector will allow for the expedited development of more solar projects across the state.

In addition to serving as a significant boost to New York’s community solar sector, the approved framework will strengthen the state’s commitment to achieving a just and equitable transition to renewable energy. The program stipulates that at least 35% of the program’s benefits will be allocated for low-to-middle (LMI) income communities, working out to approximately 1,600 megawatts developed to serve vulnerable New Yorkers. Among UGE’s projects in New York is an LMI housing authority, which directly benefited from the focus of the NY-Sun program into such communities.

Not to be overlooked, the approved investment in the solar industry will also create at least 6,000 new family-sustaining jobs and will inject billions of dollars into New York’s economy.

Last Friday’s announcement specifically targeted 1GW of new solar development within New York City, Westchester County, and Long Island. As a New York City-based company, UGE International looks forward to continuing to be a leader in development of clean, affordable energy for the largest metropolitan region in the country.